Heavenly Father, you have delivered us from the dominion of sin and death, and brought us into the kingdom of your beloved Son: Grant that, as by his death he has called us to life, so by his love he may raise us to eternal joys; who lives and reigns with you, in the unity of the Holy Spirit, one God, now and for ever. Amen.

Let us fix our eyes on Jesus Christ,
our hope, our light, and our salvation.

After Jesus rose from the dead early on Sunday morning, the first person who saw him was Mary Magdalene, the woman from whom he had cast out seven demons. She went to the disciples, who were grieving and weeping, and told them what had happened. But when she told them that Jesus was alive and she had seen him, they didn’t believe her.

Afterward he appeared in a different form to two of his followers who were walking from Jerusalem into the country. They rushed back to tell the others, but no one believed them. 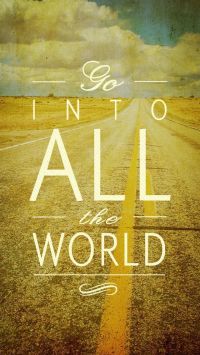 Still later he appeared to the eleven disciples as they were eating together. He rebuked them for their stubborn unbelief because they refused to believe those who had seen him after he had been raised from the dead.

And then he told them, “Go into all the world and preach the Good News to everyone. Anyone who believes and is baptized will be saved. But anyone who refuses to believe will be condemned. These miraculous signs will accompany those who believe: They will cast out demons in my name, and they will speak in new languages.[ They will be able to handle snakes with safety, and if they drink anything poisonous, it won’t hurt them. They will be able to place their hands on the sick, and they will be healed.”

When the Lord Jesus had finished talking with them, he was taken up into heaven and sat down in the place of honor at God’s right hand. And the disciples went everywhere and preached, and the Lord worked through them, confirming what they said by many miraculous signs.
_________

Peter and John before the Council

While Peter and John were speaking to the people, they were confronted by the priests, the captain of the Temple guard, and some of the Sadducees. These leaders were very disturbed that Peter and John were teaching the people that through Jesus there is a resurrection of the dead. They arrested them and, since it was already evening, put them in jail until morning. But many of the people who heard their message believed it, so the number of men who believed now totaled about 5,000.

The next day the council of all the rulers and elders and teachers of religious law met in Jerusalem. Annas the high priest was there, along with Caiaphas, John, Alexander, and other relatives of the high priest. They brought in the two disciples and demanded, “By what power, or in whose name, have you done this?”

Then Peter, filled with the Holy Spirit, said to them, “Rulers and elders of our people, are we being questioned today because we’ve done a good deed for a crippled man? Do you want to know how he was healed? Let me clearly state to all of you and to all the people of Israel that he was healed by the powerful name of Jesus Christ the Nazarene, the man you crucified but whom God raised from the dead. For Jesus is the one referred to in the Scriptures, where it says,

‘The stone that you builders rejected
has now become the cornerstone.’

There is salvation in no one else! God has given no other name under heaven by which we must be saved.” 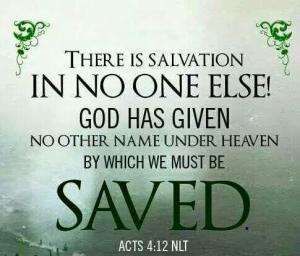 The members of the council were amazed when they saw the boldness of Peter and John, for they could see that they were ordinary men with no special training in the Scriptures. They also recognized them as men who had been with Jesus. But since they could see the man who had been healed standing right there among them, there was nothing the council could say. So they ordered Peter and John out of the council chamber and conferred among themselves.

“What should we do with these men?” they asked each other. “We can’t deny that they have performed a miraculous sign, and everybody in Jerusalem knows about it. But to keep them from spreading their propaganda any further, we must warn them not to speak to anyone in Jesus’ name again.” So they called the apostles back in and commanded them never again to speak or teach in the name of Jesus.

But Peter and John replied, “Do you think God wants us to obey you rather than him? We cannot stop telling about everything we have seen and heard.”

The council then threatened them further, but they finally let them go because they didn’t know how to punish them without starting a riot. For everyone was praising God for this miraculous sign—the healing of a man who had been lame for more than forty years.
__________

The Lord is my strength and my song; he has given me victory.
Songs of joy and victory are sung in the camp of the godly.