Return to the Lord

Zechariah 1:1-4 (NLT) – In November of the second year of King Darius’s reign, the Lord gave this message to the prophet Zechariah son of Berekiah and grandson of Iddo:

Zechariah 1:7-17 (NLT) – Three months later, on February 15, the Lord sent another message to the prophet Zechariah son of Berekiah and grandson of Iddo.

In a vision during the night, I saw a man sitting on a red horse that was standing among some myrtle trees in a small valley. Behind him were riders on red, brown, and white horses. I asked the angel who was talking with me, “My lord, what do these horses mean?”

“I will show you,” the angel replied.

The rider standing among the myrtle trees then explained, “They are the ones the Lord has sent out to patrol the earth.”

Then the other riders reported to the angel of the Lord, who was standing among the myrtle trees, “We have been patrolling the earth, and the whole earth is at peace.”

Upon hearing this, the angel of the Lord prayed this prayer: “O Lord of Heaven’s Armies, for seventy years now you have been angry with Jerusalem and the towns of Judah. How long until you again show mercy to them?” And the Lord spoke kind and comforting words to the angel who talked with me. 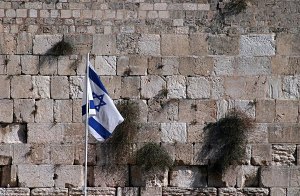 Then the angel said to me, “Shout this message for all to hear: ‘This is what the Lord of Heaven’s Armies says: My love for Jerusalem and Mount Zion is passionate and strong. But I am very angry with the other nations that are now enjoying peace and security. I was only a little angry with my people, but the nations inflicted harm on them far beyond my intentions.

“‘Therefore, this is what the Lord says: I have returned to show mercy to Jerusalem. My Temple will be rebuilt, says the Lord of Heaven’s Armies, and measurements will be taken for the reconstruction of Jerusalem.’

“Say this also: ‘This is what the Lord of Heaven’s Armies says: The towns of Israel will again overflow with prosperity, and the Lord will again comfort Zion and choose Jerusalem as his own.’”

Zechariah 1:18-21 (NLT) – Then I looked up and saw four animal horns. “What are these?” I asked the angel who was talking with me.

He replied, “These horns represent the nations that scattered Judah, Israel, and Jerusalem.”

Then the Lord showed me four blacksmiths. “What are these men coming to do?” I asked.

The angel replied, “These four horns—these nations—scattered and humbled Judah. Now these blacksmiths have come to terrify those nations and throw them down and destroy them.”

Zechariah 2:3-5 (NLT) – Then the angel who was with me went to meet a second angel who was coming toward him. The other angel said, “Hurry, and say to that young man, ‘Jerusalem will someday be so full of people and livestock that there won’t be room enough for everyone! Many will live outside the city walls. Then I, myself, will be a protective wall of fire around Jerusalem, says the Lord. And I will be the glory inside the city!’”

Zechariah 2:6-13 (NLT) – The Lord says, “Come away! Flee from Babylon in the land of the north, for I have scattered you to the four winds. Come away, people of Zion, you who are exiled in Babylon!”

The Lord says, “Shout and rejoice, O beautiful Jerusalem, for I am coming to live among you. Many nations will join themselves to the Lord on that day, and they, too, will be my people. I will live among you, and you will know that the Lord of Heaven’s Armies sent me to you. The land of Judah will be the Lord’s special possession in the holy land, and he will once again choose Jerusalem to be his own city. Be silent before the Lord, all humanity, for he is springing into action from his holy dwelling.”

Symbols of Things to Come

Zechariah 3:1-2, 6-10 (NLT) – Then the angel showed me Jeshua the high priest standing before the angel of the Lord. The Accuser, Satan, was there at the angel’s right hand, making accusations against Jeshua. And the Lord said to Satan, “I, the Lord, reject your accusations, Satan. Yes, the Lord, who has chosen Jerusalem, rebukes you. This man is like a burning stick that has been snatched from the fire.” 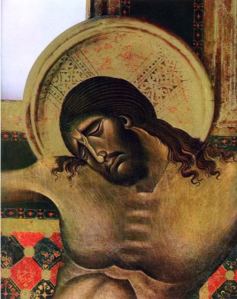 Then the angel of the Lord spoke very solemnly to Jeshua and said, “This is what the Lord of Heaven’s Armies says: If you follow my ways and carefully serve me, then you will be given authority over my Temple and its courtyards. I will let you walk among these others standing here.

“Listen to me, O Jeshua the high priest, and all you other priests. You are symbols of things to come. Soon I am going to bring my servant, the Branch. Now look at the jewel I have set before Jeshua, a single stone with seven facets. I will engrave an inscription on it, says the Lord of Heaven’s Armies, and I will remove the sins of this land in a single day.

“And on that day, says the Lord of Heaven’s Armies, each of you will invite your neighbor to sit with you peacefully under your own grapevine and fig tree.”

Zechariah 4:6-10 (NLT) – Then he said to me, “This is what the Lord says to Zerubbabel: It is not by force nor by strength, but by my Spirit, says the Lord of Heaven’s Armies. Nothing, not even a mighty mountain, will stand in Zerubbabel’s way; it will become a level plain before him! And when Zerubbabel sets the final stone of the Temple in place, the people will shout: ‘May God bless it! May God bless it!’”

Then another message came to me from the Lord: “Zerubbabel is the one who laid the foundation of this Temple, and he will complete it. Then you will know that the Lord of Heaven’s Armies has sent me. Do not despise these small beginnings, for the Lord rejoices to see the work begin, to see the plumb line in Zerubbabel’s hand.”

Zechariah 6:9-13 (NLT) – Then I received another message from the Lord: “Heldai, Tobijah, and Jedaiah will bring gifts of silver and gold from the Jews exiled in Babylon. As soon as they arrive, meet them at the home of Josiah son of Zephaniah. Accept their gifts, and make a crown from the silver and gold. Then put the crown on the head of Jeshua son of Jehozadak, the high priest. Tell him, ‘This is what the Lord of Heaven’s Armies says: Here is the man called the Branch. He will branch out from where he is and build the Temple of the Lord. Yes, he will build the Temple of the Lord. Then he will receive royal honor and will rule as king from his throne. He will also serve as priest from his throne, and there will be perfect harmony between his two roles.’ 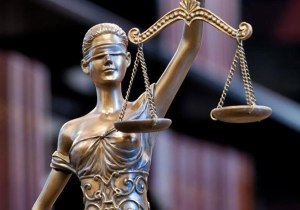 Zechariah 7:8-14 (NLT) – Then this message came to Zechariah from the Lord: “This is what the Lord of Heaven’s Armies says: Judge fairly, and show mercy and kindness to one another. Do not oppress widows, orphans, foreigners, and the poor. And do not scheme against each other.

“Your ancestors refused to listen to this message. They stubbornly turned away and put their fingers in their ears to keep from hearing. They made their hearts as hard as stone, so they could not hear the instructions or the messages that the Lord of Heaven’s Armies had sent them by his Spirit through the earlier prophets. That is why the Lord of Heaven’s Armies was so angry with them.

“Since they refused to listen when I called to them, I would not listen when they called to me, says the Lord of Heaven’s Armies. As with a whirlwind, I scattered them among the distant nations, where they lived as strangers. Their land became so desolate that no one even traveled through it. They turned their pleasant land into a desert.”
__________