Grant us, O Lord, we pray,
the spirit to think and do always those things that are right,
that we, who can do no good thing apart from you,
may by you be enabled to live according to your will;
through Jesus Christ our Lord,
who lives and reigns with you and the Holy Spirit,
one God, for ever and ever. Amen.

[The mayor said: I am afraid we are in danger
of being charged with rioting by the Roman government,
since there is no cause for all this commotion.
And if Rome demands an explanation,
we won’t know what to say.”
(Acts 19:40)

The Greed of Gehazi

5:20 But Gehazi, the servant of Elisha, the man of God, said to himself, “My master should not have let this Aramean get away without accepting any of his gifts. As surely as the Lord lives, I will chase after him and get something from him.” So Gehazi set off after Naaman.

When Naaman saw Gehazi running after him, he climbed down from his chariot and went to meet him. “Is everything all right?” Naaman asked.

“Yes,” Gehazi said, “but my master has sent me to tell you that two young prophets from the hill country of Ephraim have just arrived. He would like 75 pounds of silver and two sets of clothing to give to them.”

“By all means, take twice as much silver,” Naaman insisted. He gave him two sets of clothing, tied up the money in two bags, and sent two of his servants to carry the gifts for Gehazi. But when they arrived at the citadel, Gehazi took the gifts from the servants and sent the men back. Then he went and hid the gifts inside the house.

When he went in to his master, Elisha asked him, “Where have you been, Gehazi?”

“I haven’t been anywhere,” he replied.

But Elisha asked him, “Don’t you realize that I was there in spirit when Naaman stepped down from his chariot to meet you? Is this the time to receive money and clothing, olive groves and vineyards, sheep and cattle, and male and female servants? Because you have done this, you and your descendants will suffer from Naaman’s leprosy forever.” When Gehazi left the room, he was covered with leprosy; his skin was white as snow.

You Are God Alone (Not A God) – Phillips, Craig & Dean
Integrity Music

19:28 At this their anger boiled, and they began shouting, “Great is Artemis of the Ephesians!” Soon the whole city was filled with confusion. Everyone rushed to the amphitheater, dragging along Gaius and Aristarchus, who were Paul’s traveling companions from Macedonia. Paul wanted to go in, too, but the believers wouldn’t let him. Some of the officials of the province, friends of Paul, also sent a message to him, begging him not to risk his life by entering the amphitheater.

Inside, the people were all shouting, some one thing and some another. Everything was in confusion. In fact, most of them didn’t even know why they were there. The Jews in the crowd pushed Alexander forward and told him to explain the situation. He motioned for silence and tried to speak. But when the crowd realized he was a Jew, they started shouting again and kept it up for about two hours: “Great is Artemis of the Ephesians! Great is Artemis of the Ephesians!” 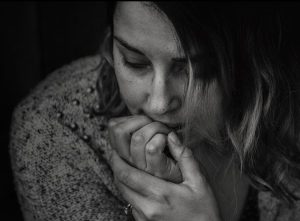 At last the mayor was able to quiet them down enough to speak. “Citizens of Ephesus,” he said. “Everyone knows that Ephesus is the official guardian of the temple of the great Artemis, whose image fell down to us from heaven. Since this is an undeniable fact, you should stay calm and not do anything rash. You have brought these men here, but they have stolen nothing from the temple and have not spoken against our goddess.

“If Demetrius and the craftsmen have a case against them, the courts are in session and the officials can hear the case at once. Let them make formal charges. And if there are complaints about other matters, they can be settled in a legal assembly. I am afraid we are in danger of being charged with rioting by the Roman government, since there is no cause for all this commotion. And if Rome demands an explanation, we won’t know what to say.” Then he dismissed them, and they dispersed.

+ O God, you desire that all people be saved and come to knowledge of the truth: Prosper all those who live, preach, and teach the Gospel at home and in distant lands; protect them in all perils, support them in their loneliness, sustain them in the hour of trial; give them your abundant grace to bear  faithful witness; and endue them with burning zeal and love, that they may turn many to righteousness; through Jesus Christ our Lord. Amen.

+ O God, the Creator of all, whose Son commanded us to love our enemies: Lead them and us from prejudice to truth; deliver them and us from hatred, cruelty, and revenge; and in your good time enable us all to stand reconciled before you in Jesus Christ; in whose Name we pray. Amen.

+ Our God, in whom we trust: Strengthen us not to regard overmuch who is for us or who is against us, but to see to it that we be with you in everything we do. Amen.  |  Thomas à Kempis