+ Sex in marriage – Now regarding the questions you asked in your letter. Yes, it is good to abstain from sexual relations. But because there is so much sexual immorality, each man should have his own wife, and each woman should have her own husband.

+ Mutual agreement – Do not deprive each other of sexual relations, unless you both agree to refrain from sexual intimacy for a limited time so you can give yourselves more completely to prayer. Afterward, you should come together again so that Satan won’t be able to tempt you because of your lack of self-control. I say this as a concession, not as a command. But I wish everyone were single, just as I am. Yet each person has a special gift from God, of one kind or another.

+ Singleness is not for everyone – So I say to those who aren’t married and to widows—it’s better to stay unmarried, just as I am. But if they can’t control themselves, they should go ahead and marry. It’s better to marry than to burn with lust.

+ Marriage is forever – But for those who are married, I have a command that comes not from me, but from the Lord. A wife must not leave her husband. But if she does leave him, let her remain single or else be reconciled to him. And the husband must not leave his wife.

+ Believers bring holiness to marriage – Now, I will speak to the rest of you, though I do not have a direct command from the Lord. If a fellow believer has a wife who is not a believer and she is willing to continue living with him, he must not leave her. And if a believing woman has a husband who is not a believer and he is willing to continue living with her, she must not leave him. For the believing wife brings holiness to her marriage, and the believing husband brings holiness to his marriage. Otherwise, your children would not be holy, but now they are holy. (But if the husband or wife who isn’t a believer insists on leaving, let them go. In such cases the believing husband or wife is no longer bound to the other, for God has called you to live in peace.) Don’t you wives realize that your husbands might be saved because of you? And don’t you husbands realize that your wives might be saved because of you?

+ Remain as you are – Each of you should continue to live in whatever situation the Lord has placed you, and remain as you were when God first called you. This is my rule for all the churches. For instance, a man who was circumcised before he became a believer should not try to reverse it. And the man who was uncircumcised when he became a believer should not be circumcised now. For it makes no difference whether or not a man has been circumcised. The important thing is to keep God’s commandments.

+ In the present crisis – Now regarding your question about the young women who are not yet married. I do not have a command from the Lord for them. But the Lord in his mercy has given me wisdom that can be trusted, and I will share it with you. Because of the present crisis, I think it is best to remain as you are. If you have a wife, do not seek to end the marriage. If you do not have a wife, do not seek to get married. But if you do get married, it is not a sin. And if a young woman gets married, it is not a sin. However, those who get married at this time will have troubles, and I am trying to spare you those problems.

+ The remaining time is short – But let me say this, dear brothers and sisters: The time that remains is very short. So from now on, those with wives should not focus only on their marriage. Those who weep or who rejoice or who buy things should not be absorbed by their weeping or their joy or their possessions. Those who use the things of the world should not become attached to them. For this world as we know it will soon pass away.

+ The freedom to serve God – I want you to be free from the concerns of this life. An unmarried man can spend his time doing the Lord’s work and thinking how to please him. But a married man has to think about his earthly responsibilities and how to please his wife. His interests are divided. In the same way, a woman who is no longer married or has never been married can be devoted to the Lord and holy in body and in spirit. But a married woman has to think about her earthly responsibilities and how to please her husband. I am saying this for your benefit, not to place restrictions on you. I want you to do whatever will help you serve the Lord best, with as few distractions as possible.

+ Passion management– But if a man thinks that he’s treating his fiancée improperly and will inevitably give in to his passion, let him marry her as he wishes. It is not a sin. But if he has decided firmly not to marry and there is no urgency and he can control his passion, he does well not to marry. So the person who marries his fiancée does well, and the person who doesn’t marry does even better.

A wife is bound to her husband as long as he lives. If her husband dies, she is free to marry anyone she wishes, but only if he loves the Lord. But in my opinion it would be better for her to stay single, and I think I am giving you counsel from God’s Spirit when I say this.

+ Love strengthens the church – Now regarding your question about food that has been offered to idols. Yes, we know that “we all have knowledge” about this issue. But while knowledge makes us feel important, it is love that strengthens the church. Anyone who claims to know all the answers doesn’t really know very much. But the person who loves God is the one whom God recognizes.

+ There is only one God – So, what about eating meat that has been offered to idols? Well, we all know that an idol is not really a god and that there is only one God. There may be so-called gods both in heaven and on earth, and some people actually worship many gods and many lords. But for us, 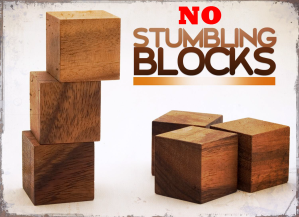 + We can’t win God’s approval – However, not all believers know this. Some are accustomed to thinking of idols as being real, so when they eat food that has been offered to idols, they think of it as the worship of real gods, and their weak consciences are violated. It’s true that we can’t win God’s approval by what we eat. We don’t lose anything if we don’t eat it, and we don’t gain anything if we do.

+ But we can accommodate other believers – But you must be careful so that your freedom does not cause others with a weaker conscience to stumble. For if others see you—with your “superior knowledge”—eating in the temple of an idol, won’t they be encouraged to violate their conscience by eating food that has been offered to an idol? So because of your superior knowledge, a weak believer for whom Christ died will be destroyed. And when you sin against other believers by encouraging them to do something they believe is wrong, you are sinning against Christ. So if what I eat causes another believer to sin, I will never eat meat again as long as I live—for I don’t want to cause another believer to stumble.
__________