O Lord our God, whose blessed Son gave his back to be
whipped and did not hide his face from shame and spitting:
Give us grace to accept joyfully the sufferings of the present
time, confident of the glory that shall be revealed; through
Jesus Christ our Lord, who lives and reigns with you and the
Holy Spirit, one God, for ever and ever. Amen.

“When I am lifted up from the earth,
I will draw everyone to myself.”
Jesus said this to indicate how he was going to die.
(John 12:32-33)

49:1 Listen to me, all you in distant lands!
Pay attention, you who are far away!
The Lord called me before my birth;
from within the womb he called me by name.
He made my words of judgment as sharp as a sword.
He has hidden me in the shadow of his hand.
I am like a sharp arrow in his quiver.

He said to me, “You are my servant, Israel,
and you will bring me glory.”

I replied, “But my work seems so useless!
I have spent my strength for nothing and to no purpose.
Yet I leave it all in the Lord’s hand;
I will trust God for my reward.”

And now the Lord speaks—
the one who formed me in my mother’s womb to be his servant,
who commissioned me to bring Israel back to him.
The Lord has honored me,
and my God has given me strength.
He says, “You will do more than restore the people of Israel to me.
I will make you a light to the Gentiles,
and you will bring my salvation to the ends of the earth.”

Psalms: Psalm 71 – I Will Sing of Your Salvation – Francesca LaRosa

The Wisdom of God

1:18 The message of the cross is foolish to those who are headed for destruction! But we who are being saved know it is the very power of God. As the Scriptures say,

So where does this leave the philosophers, the scholars, and the world’s brilliant debaters? God has made the wisdom of this world look foolish. Since God in his wisdom saw to it that the world would never know him through human wisdom, he has used our foolish preaching to save those who believe. It is foolish to the Jews, who ask for signs from heaven. And it is foolish to the Greeks, who seek human wisdom. So when we preach that Christ was crucified, the Jews are offended and the Gentiles say it’s all nonsense.

But to those called by God to salvation, both Jews and Gentiles, Christ is the power of God and the wisdom of God. This foolish plan of God is wiser than the wisest of human plans, and God’s weakness is stronger than the greatest of human strength.

Remember, dear brothers and sisters, that few of you were wise in the world’s eyes or powerful or wealthy when God called you. Instead, God chose things the world considers foolish in order to shame those who think they are wise. And he chose things that are powerless to shame those who are powerful. God chose things despised by the world, things counted as nothing at all, and used them to bring to nothing what the world considers important. As a result, no one can ever boast in the presence of God.

God has united you with Christ Jesus. For our benefit God made him to be wisdom itself. Christ made us right with God; he made us pure and holy, and he freed us from sin. Therefore, as the Scriptures say, “If you want to boast, boast only about the Lord.”

The Perfect Wisdom of Our God – Stuart Townend

12:20 Some Greeks who had come to Jerusalem for the Passover celebration paid a visit to Philip, who was from Bethsaida in Galilee. They said, “Sir, we want to meet Jesus.” Philip told Andrew about it, and they went together to ask Jesus.

Jesus replied, “Now the time has come for the Son of Man to enter into his glory. I tell you the truth, unless a kernel of wheat is planted in the soil and dies, it remains alone. But its death will produce many new kernels—a plentiful harvest of new lives. Those who love their life in this world will lose it. Those who care nothing for their life in this world will keep it for eternity. Anyone who wants to serve me must follow me, because my servants must be where I am. And the Father will honor anyone who serves me.

“Now my soul is deeply troubled. Should I pray, ‘Father, save me from this hour’? But this is the very reason I came! Father, bring glory to your name.”

Then a voice spoke from heaven, saying, “I have already brought glory to my name, and I will do so again.” When the crowd heard the voice, some thought it was thunder, while others declared an angel had spoken to him. 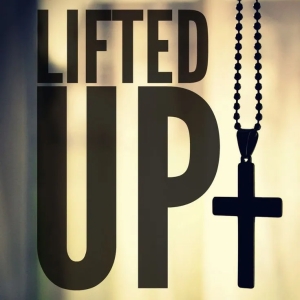 Then Jesus told them, “The voice was for your benefit, not mine. The time for judging this world has come, when Satan, the ruler of this world, will be cast out. And when I am lifted up from the earth, I will draw everyone to myself.” He said this to indicate how he was going to die.

The crowd responded, “We understood from Scripture that the Messiah would live forever. How can you say the Son of Man will die? Just who is this Son of Man, anyway?”

After saying these things, Jesus went away and was hidden from them.

+ Almighty God, you have not dealt with us according to our sins, nor rewarded us according to our iniquities; grant that we, who for our evil deeds deserve to be punished, by the might of your grace may mercifully be relieved; through our Lord and Savior Jesus Christ, who lives and reigns with you and the Holy Spirit, one God, for ever and ever. Amen.

+ O God, of your goodness, give me yourself, for you are enough for me. I can ask for nothing less that is completely to your honor, and if I do ask anything less, I shall always be in want. Only in you I have all. Amen.

May Christ, who bore our sins on the cross,
set us free to serve him with joy.