O Lord, you have taught us that without love, all our deeds are
worth nothing: Send your Holy Spirit and pour into our hearts
that most excellent gift of charity, the true bond of peace and of
all virtues, without which whoever lives is counted dead before
you; grant this for the sake of your Son Jesus Christ, who lives
and reigns with you and the Holy Spirit, one God, for ever and
ever. Amen.

“You are the light of the world.
A city set on a hill cannot be hidden.
Nor do people light a lamp and put it under a basket,
but on a stand, and it gives light to all in the house.
In the same way, let your light shine before others,
so that they may see your good works
and give glory to your Father who is in heaven.
(Matthew 5:14-16)

Our Help Is in the Name of the Lord
A Song of Ascents. Of David

Had It Not Been the Lord – The ZOE Group

Haman Plots Against the Jews

3:7  In the first month, which is the month of Nisan, in the twelfth year of King Ahasuerus, they cast Pur (that is, they cast lots) before Haman day after day; and they cast it month after month till the twelfth month, which is the month of Adar. Then Haman said to King Ahasuerus, “There is a certain people scattered abroad and dispersed among the peoples in all the provinces of your kingdom. Their laws are different from those of every other people, and they do not keep the king’s laws, so that it is not to the king’s profit to tolerate them. If it please the king, let it be decreed that they be destroyed, and I will pay 10,000 talents of silver into the hands of those who have charge of the king’s business, that they may put it into the king’s treasuries.” So the king took his signet ring from his hand and gave it to Haman the Agagite, the son of Hammedatha, the enemy of the Jews. And the king said to Haman, “The money is given to you, the people also, to do with them as it seems good to you.”

3:12  Then the king’s scribes were summoned on the thirteenth day of the first month, and an edict, according to all that Haman commanded, was written to the king’s satraps and to the governors over all the provinces and to the officials of all the peoples, to every province in its own script and every people in its own language. It was written in the name of King Ahasuerus and sealed with the king’s signet ring. Letters were sent by couriers to all the king’s provinces with instruction to destroy, to kill, and to annihilate all Jews, young and old, women and children, in one day, the thirteenth day of the twelfth month, which is the month of Adar, and to plunder their goods. A copy of the document was to be issued as a decree in every province by proclamation to all the peoples to be ready for that day. The couriers went out hurriedly by order of the king, and the decree was issued in Susa the citadel. And the king and Haman sat down to drink, but the city of Susa was thrown into confusion.

Only One | Texas Bible College Live 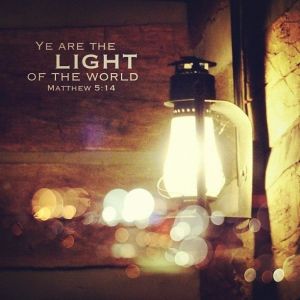 5:13  “You are the salt of the earth, but if salt has lost its taste, how shall its saltiness be restored? It is no longer good for anything except to be thrown out and trampled under people’s feet.

“You are the light of the world. A city set on a hill cannot be hidden. Nor do people light a lamp and put it under a basket, but on a stand, and it gives light to all in the house. In the same way, let your light shine before others, so that they may see your good works and give glory to your Father who is in heaven.

Christ Came to Fulfill the Law

5:17  “Do not think that I have come to abolish the Law or the Prophets; I have not come to abolish them but to fulfill them. For truly, I say to you, until heaven and earth pass away, not an iota, not a dot, will pass from the Law until all is accomplished. Therefore whoever relaxes one of the least of these commandments and teaches others to do the same will be called least in the kingdom of heaven, but whoever does them and teaches them will be called great in the kingdom of heaven. For I tell you, unless your righteousness exceeds that of the scribes and Pharisees, you will never enter the kingdom of heaven.

“This Little Light Of Mine” – Listener Kids

+ O God, by whom the meek are guided in judgment, and light rises up in darkness for the godly: Grant us, in all our doubts and uncertainties, the grace to ask what you would have us do, that the Spirit of wisdom may save us from all false choices; that in your light we may see light, and in your straight path we may not stumble; through Jesus Christ our Lord. Amen.

Christ Be All Around Me – The ZOE Group