+ O God, most high and most near, you send glad tidings to the lowly, you hide not your face from the poor; those who dwell in darkness you call into the light.

+ Take away our blindness, remove the hardness of our hearts, and form us into a humble people, that, at the advent of your Son, we may recognize him in our midst and find joy in his saving presence.

+ We ask this through him whose coming is certain, whose day draws near: your Son, our Lord Jesus Christ, who lives and reigns with you in the unity of the Holy Spirit, God for ever and ever. Amen.

Some said, “This is the Christ.”
But others said, “Is the Christ to come from Galilee?
Has not the Scripture said that the Christ comes from the offspring of David,
and comes from Bethlehem, the village where David was?”
John 7:41-43 (ESV)

“For Ever I Will Sing” (Psalm 89) – WorshipNOW Modern Psalms

Then Manoah prayed to the Lord and said, “O Lord, please let the man of God whom you sent come again to us and teach us what we are to do with the child who will be born.” And God listened to the voice of Manoah, and the angel of God came again to the woman as she sat in the field. But Manoah her husband was not with her. So the woman ran quickly and told her husband, “Behold, the man who came to me the other day has appeared to me.” And Manoah arose and went after his wife and came to the man and said to him, “Are you the man who spoke to this woman?” And he said, “I am.” And Manoah said, “Now when your words come true, what is to be the child’s manner of life, and what is his mission?” And the angel of the Lord said to Manoah, “Of all that I said to the woman let her be careful. She may not eat of anything that comes from the vine, neither let her drink wine or strong drink, or eat any unclean thing. All that I commanded her let her observe.”

The angel of the Lord appeared no more to Manoah and to his wife. Then Manoah knew that he was the angel of the Lord. And Manoah said to his wife, “We shall surely die, for we have seen God.” But his wife said to him, “If the Lord had meant to kill us, he would not have accepted a burnt offering and a grain offering at our hands, or shown us all these things, or now announced to us such things as these.” And the woman bore a son and called his name Samson. And the young man grew, and the Lord blessed him.

Division Among the People

When they heard these words, some of the people said, “This really is the Prophet.” Others said, “This is the Christ.” But some said, “Is the Christ to come from Galilee? 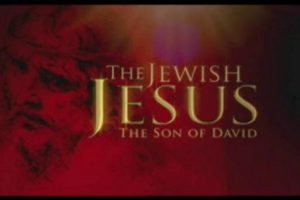 Has not the Scripture said that the Christ comes from the offspring of David, and comes from Bethlehem, the village where David was?” So there was a division among the people over him. Some of them wanted to arrest him, but no one laid hands on him.

The officers then came to the chief priests and Pharisees, who said to them, “Why did you not bring him?” The officers answered, “No one ever spoke like this man!” The Pharisees answered them, “Have you also been deceived? Have any of the authorities or the Pharisees believed in him? But this crowd that does not know the law is accursed.” Nicodemus, who had gone to him before, and who was one of them, said to them, “Does our law judge a man without first giving him a hearing and learning what he does?” They replied, “Are you from Galilee too? Search and see that no prophet arises from Galilee.”

+ Gracious God: assist me with your Spirit, that your Word may be written in my heart to reform me, to renew me according to your own image, to build me up and edify me into the perfect dwelling place of your Christ, grant this, O heavenly Father, for Jesus Christ’s sake.

+ Ever-present God: preserve me from faithless fears and worldly anxieties, and grant that no clouds of this mortal life may hide from me the light of your love which is immortal, and which you have manifested unto me in your Son, Jesus Christ my Lord.

+ Hasten, O Father, the coming of your kingdom; and grant that all, who now live by faith, may with joy behold your Son at his coming in glorious majesty; even Jesus Christ, our only Mediator and Advocate. Amen.