One of the barriers that holds many people back from knowing, being filled with, and being controlled by the love of Christ is the idea that true happiness can only be found if I am free to live for myself. 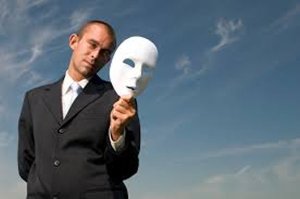 Living for yourself is the default option for every person. This means that unless something happens to bring about a change. we end up living for ourselves. The Bible says this quite clearly: “All seek their own interests, not those of Jesus Christ” (Phil. 2:21).

I want you to see the absolute misery of this position.

If you live for yourself, you will be in the strange position of beating yourself up because you are unhappy. See if any of these profiles sound familiar.

You look in the mirror and “self the boss” is not happy because she wants to have a more pleasing image. Though she has been woven together wonderfully by God, all she sees are the imperfections of face and body. Fashion magazines are her bible, where she goes for blueprints of how a young woman is supposed to look in the eyes of a critical and materialistic world. “Self the boss” is perpetually displeased, no matter how many hours she spends at the gym, or putting on makeup, or dressing to please the world’s tastes.

So she beats up on “self the servant” for not being pretty enough. Instead of soaking in God’s truth that she is fearfully and wonderfully made, she punishes herself with lies that say no one will ever love her. She brings to mind the fear associated with rejection from ugliness. “Self the servant” had better step up and cultivate beauty, or else she will be lost forever to a world that tramples over uninteresting people.

You look at your life, and “self the boss” says he should have accomplished more. When he looks back on the past decades, all he sees are broken family relationships that have yet to be mended and years of unsatisfying work. “Self the boss” accuses him of wasting time, gifts, and money trying to be someone he never did become. He asks, Did any good come from my life?

You consider your work achievements and bank account, and “self the boss” is never pleased. Though he is a business executive whose job is to watch over the work of others, the person he most “micro-manages” is himself. Money and approval from higher-ups determines his happiness, so if either of these is lacking “self the boss” grows even more displeased, irritated with others, and fearful of failure. When the next-door neighbor pulls into the drive with a brand new car, “self the boss” says, He looks a lot better than you. Make it your aim to match him!

“Self the servant” then throws himself into his work, trying to appease “self the boss,” make more money, buy more expensive items, and earn the good glances of others. But “self the servant” is never fully satisfied because, at the end of each day, he retires to bed no happier than when he awoke.

You look at your children, and “self the boss” sees the opportunity for academic success, good physical health, and lifelong happiness. “Self the boss” expects perfection in her ability to guide, teach, and nurture the faith of her kids. The standard for “self the boss” is to raise children who reflect positively on all the hard work she put in for so many years.

You consider the fruit of your life in the past year, and “self the boss” sees good things: kindness, self-control, love. He believes that all of these have come from the many mornings spent studying the Bible, from prayer, from faithfully going to church, and from spending time with other Christians. “Self the boss” reads the checklist of good works and sees it is in good shape.

So when he realizes that the fruit of humility is missing, “self the servant” beats himself up. He then tries to understand what he must do to fix the problem: Is it more prayer? More Bible reading? More confession? “Self the servant” grows discouraged that his faith is simply not strong enough.

Unrewarded Servant and an Uncrowned King

Suppose at some point, you say to yourself, This is no good, I am living for myself and I am not happy. I’m being too hard on myself. I need to lighten up and give myself a break. So that’s what you do, but here’s the problem: You are still not happy, because while “self the servant” is off the hook, “self the boss” is no longer being served!

The Bible tells us that Jesus came into the world so that we can live another way: “For the love of Christ controls us, because we have concluded this: that one has died for all, therefore all have died; and he died for all, that those who live might no longer live for themselves but for him who for their sake died and was raised” (2 Cor. 5:14-15).

Colin Smith is senior pastor of The Orchard Evangelical Free Church in the northwest suburbs of Chicago and a Council Member with The Gospel Coalition. For more resources by Colin Smith visit Unlocking the Bible, where you can request a free sample of LifeKEYS Daily devotional, listen to the radio program, or browse other gospel-centered, Christ-exalting resources. You can also follow Colin on Twitter.

Kristen Wetherell is a writer, speaker and the Content Manager of Unlocking the Bible. She’s married to Brad, loves exploring new places, enjoys cooking, and writes music in her spare time. Her desire is to glorify Jesus Christ and edify believers through the written Word. Connect with Kristen at her website or on Twitter @KLWetherell.

Tags: Christian living, Happiness, Living for Christ, Living for yourself, The Gospel Coalition